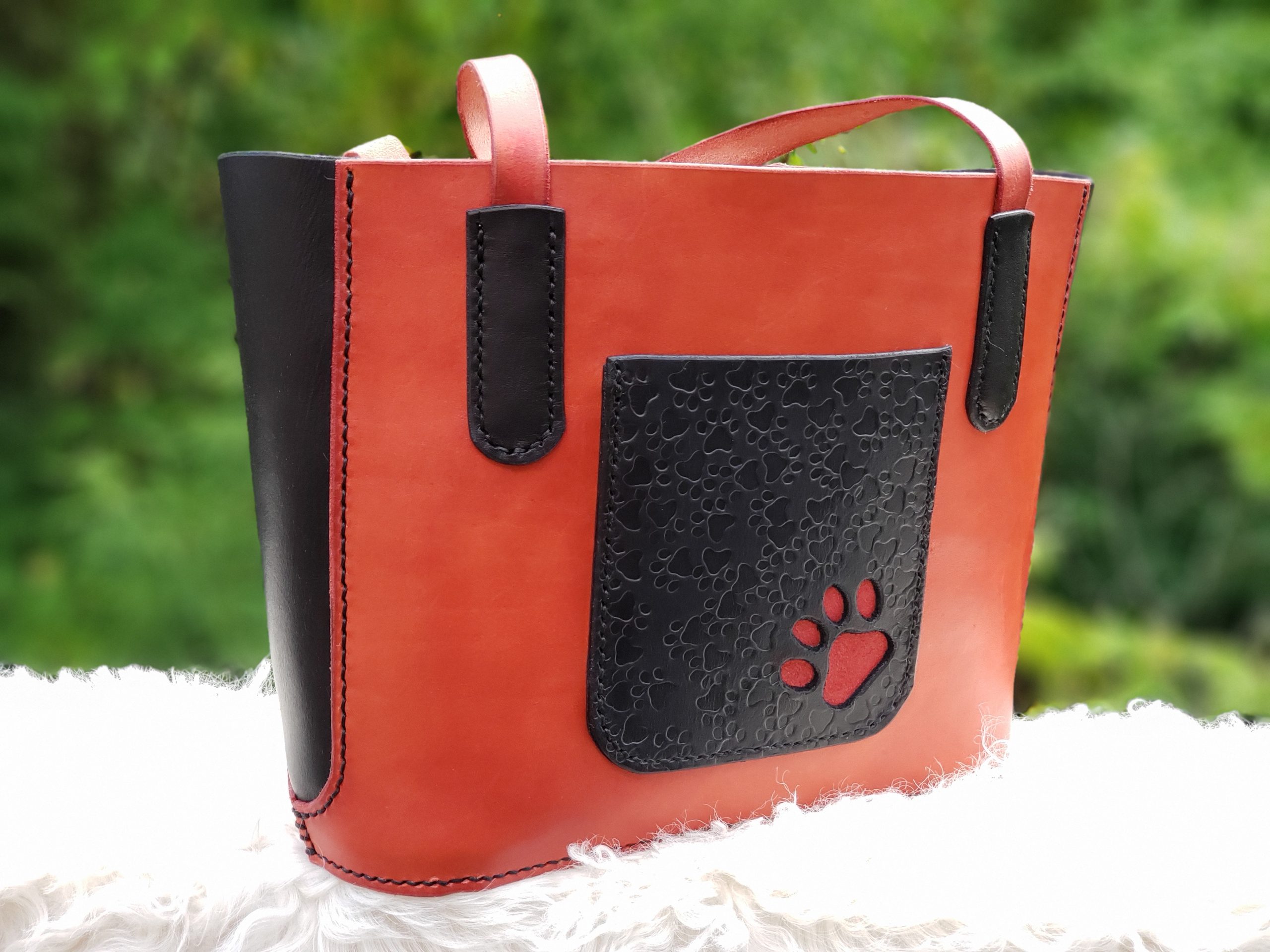 Finished! Small tote bag, already claimed by Dana. OK, made for her for taking stuff to/from the dog park (or wherever else she wants to take it). I’m so excited to finally have something out in the wild :0) There were some definite struggles learning experiences with this one, and several things I’ll do differently next time I make it.

I added a flat pocket with stamping, a cut out, and a liner. It turned out pretty cool, I think. I’d want to add another on the inside at the same location, and/or line the entire inside of the bag next time.

I also added a key clip, and everytime I look at it on the inside I want to rip it out and do it over. Or at least make more of the handle covers and put them on the inside to echo those on the outside (as well as cover the ugly off-kilter stitch — key clip conumdrum).

The bottom was a nightmare and I’m still not happy with it. This first version of this tote is staying in the family, though, so I’m curious to see if the puckers relax of time with use and conditioning. I also know what the issue was: hole counts were off between the pieces that had to be joined. Through several revisions I was still off; at some point the benefit of pucker reduction loses out to “ain’t gonna count those suckers again!” when it’s for family *and* for free.

This item was built using a pattern from DieselPunkRo. He makes great patterns, has detailed videos on them, and a great Facebook Group if you wish to participate in his cult, er, community. Seriously though, great guy, great patterns. Enjoy!